And why you should never reuse encryption keys!

Lately, I noticed a trend in the web applications I’ve been testing: protecting against IDORs by using encrypted parameters.

For example, sites would store user info under encrypted endpoints like this one:

Today, we are going to talk about why it is a bad idea to merely rely on obscured parameters, and what attackers can do to bypass this layer of security if no other protection is in place.

First off, what are oracles?

Perhaps you are familiar with oracles in the conventional sense. They are people who speak to gods in order to predict the future. But who, or what, are the oracles in cryptography? And how can they help us hack an application that uses encryption as a security mechanism?

In web security, signing oracles are endpoints that can help an attacker predict encrypted values.

But why does this happen? To create unpredictable parameter values, applications sometimes use encryption that responds with the same output given a particular input (or simply map an input to a more complicated, unguessable output).

Every time that input is submitted, the function responds with the same output. For example, let’s say the encryption function described below is used to encrypt a user’s password file path as a defense against IDOR: 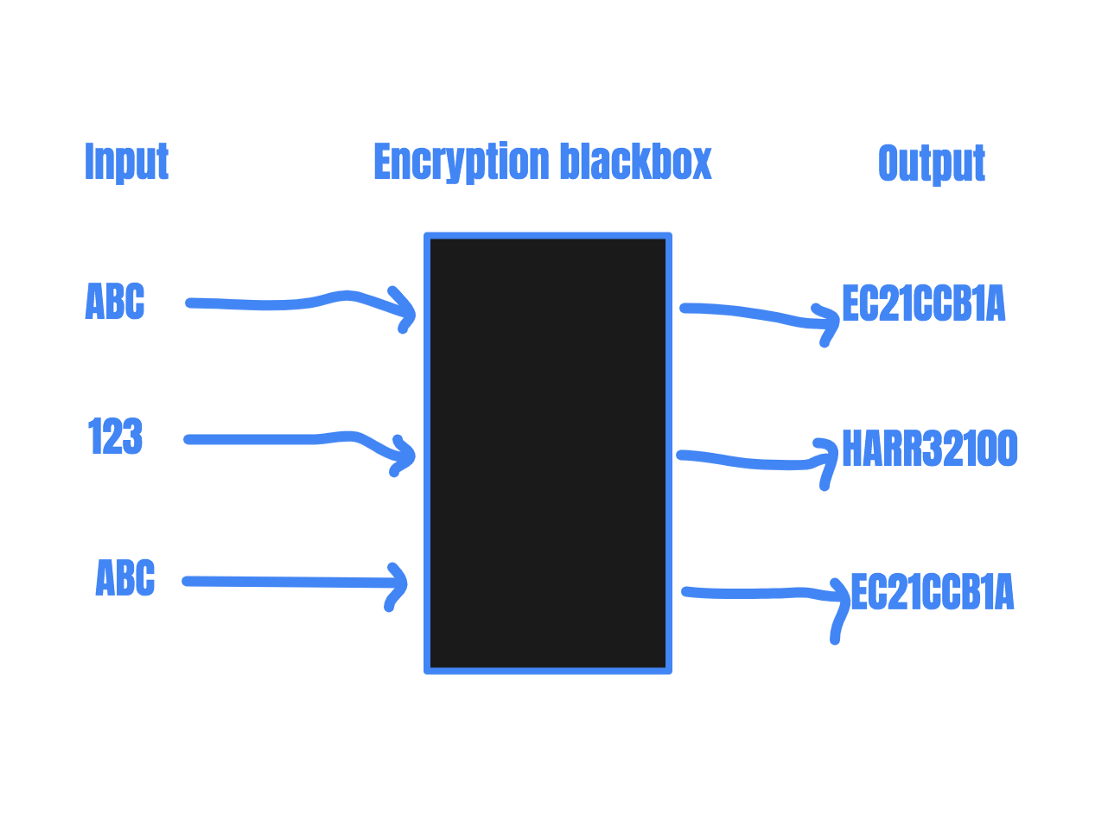 The encryption function will return the same value for each unique input.

Now, there are a lot of things that an attacker can do to potentially bypass this protection: she can try to reverse engineer the encryption algorithm or try to leak encryption keys used by the application. But let’s assume in this case, none of these options are possible.

Where it all goes wrong…

Note that the encrypted username used in the file path of the profile picture is the same as the one used to access a user’s password file. One can do the same and query the info of user 123.

Using this functionality, an attacker can now reliably predict the “unguessable” URL parameter by obtaining the encrypted usernames from the ”example.com/user_info” endpoint.

The fundamental cause of this vulnerability is that the application reuses encryption methods and keys, causing attackers to be able to deduce encrypted values given an arbitrary input.

Finally, security through obscurity is not a good idea in general. To prevent information leaks and IDORs from happening, it is best to use an additional layer of access control in addition to an obscured query parameter.